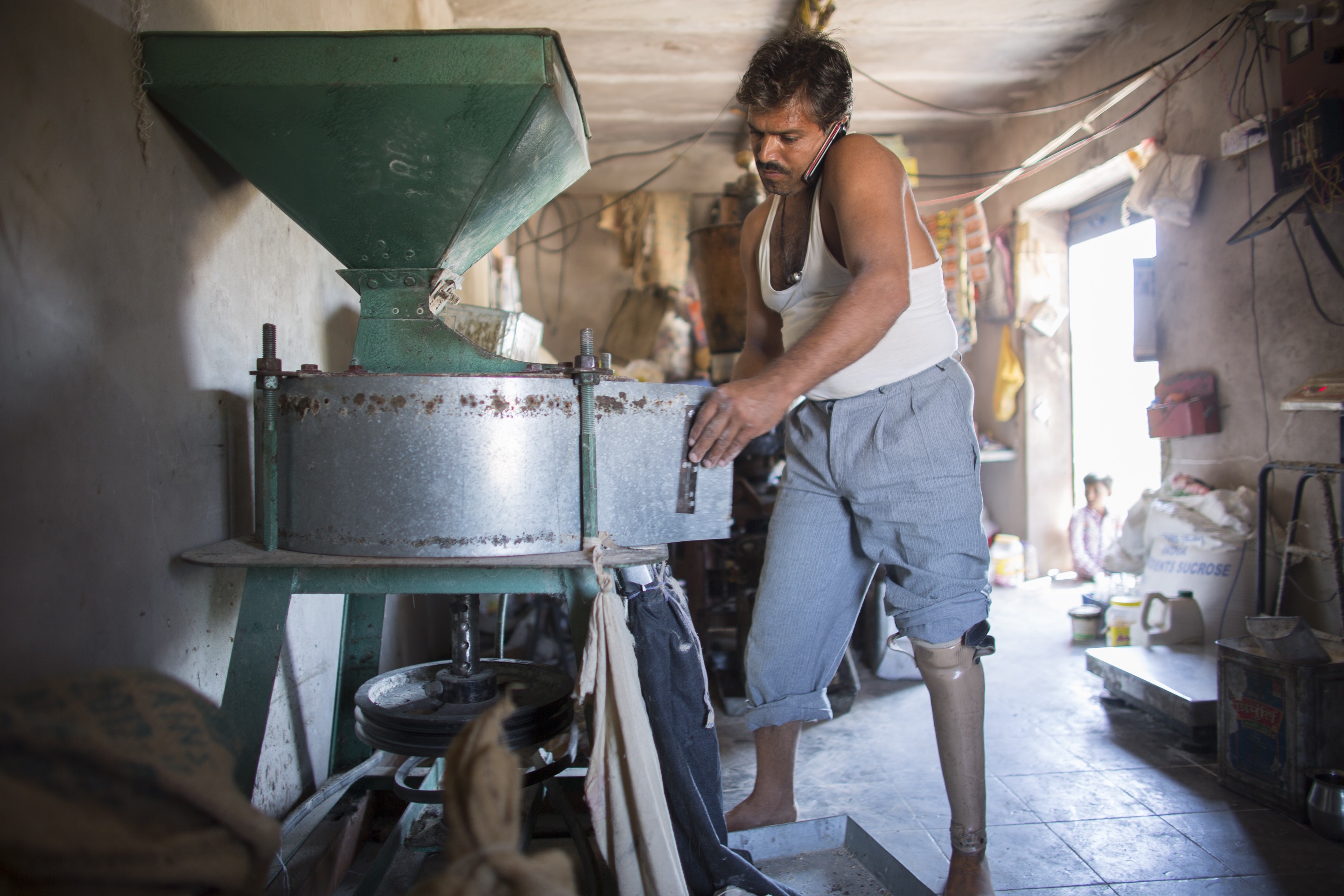 Bhagarath in the flour mill.