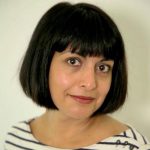 8 thoughts on “How to be an Asian journalist”

Latest evidence on why people with learning disabilities should get #Covid vaccination boosters.

Instead, people and families are forced to shield, 'live cautiously' and worry about what the winter will bring.

Autumn's @CommLivingMag_ will also look at this.

"It's about fundamental change to society to make sure everyone feels that they belong"
Hear @SCLDNews Charlie McMillan & @jennympamis on why we're challenging stigma & discrimination with #ThisIsMe22 https://bit.ly/3AdmpT2

Australia’s indefinite detention of people with mental impairment breaches human rights, advocates say (thanks ⁦@P_Gooding⁩ for your continued work on this issue) https://www.theguardian.com/australia-news/2022/aug/15/australias-indefinite-detention-of-people-with-mental-impairment-breaches-human-rights-advocates-say?CMP=Share_iOSApp_Other