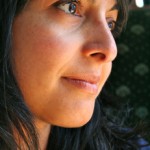 I always thought going to see a West End musical on a Saturday night would be intolerable. Turns out it simply exposed the intolerance of other people.

I recently took my 21-year-old sister, who happens to have a learning disability, to see the sort of shiny dance-a-thon that I’ve always avoided because of the incumbent hen groups and coach parties (intolerant? Me?). But it was her birthday and I was game, especially as her idol, ex-Hear’Say singer Noel Sullivan, was in the lead role.

The evening got off to a great start. We had a drink in a Soho bar, an old haunt that I’d never thought I’d be able to take her to, thanks to her dislike of noisy crowds. But we got there before it was busy, she leafed through her show programme, happy and excited.

En route to the theatre, I could feel my sister’s excitement mounting (something about how she shot through Piccadilly, wielding her rolled up programme like a crowd-dispersal baton, muttering “out the way!” to anyone in her path).

Her happiness was infectious. We took our seats a couple of rows from the stage. The lights went down. The curtain came up. Our problems began.

Her gentle thigh slapping became more enthusiastic, as did the clapping, whooping, jiving and singing (pitch and word-perfect, by the way) through each of the 20 musical numbers. The culmination involved vigorous hip wiggling to the “Greased Lightning” medley; legs akimbo, arms outstretched, index finger sweeping the stage horizon, left to right.

There she was – my wonderfully ecstatic sister, wearing her Grease t-shirt and an expression of unbridled joy.

There I was, squirming uncomfortably somewhere between the rock of seeing my sister so happy and the hard place of being with someone so outrageously flouting the Unwritten Rules of Acceptable Behaviour.

Where are the coach loads and fancy-dressed brides-to-be when you need them? Other than clapping, not one other blasted person stood up to show they were even having a mildly good time.

I suggested “just bopping” while sitting down. Bopping? The repression I felt physically was so intense, it had even sent my vocabulary hurtling back to Enid Blyton’s England! I suggested “not dancing” – a ludicrous option, met with an astonished “why?”. The stage was full of dancers and singers, music boomed out across the auditorium, why shouldn’t she show she was enjoying herself?

As the performance continued, we suffered much staring, several irritated glances and a handful of few tuts until finally a miserable-faced mother and daughter duo in front of us turned round and exhaled a violent “SHHHHHHHH!”, motioning angrily for my sister to sit down.

“What exactly would you like me to do?” I hissed through clenched teeth.

By the time the woman sitting next to me put her hand on mine, I was ready to recite the universal declaration of human rights; instead she restored my faith in humanity.

“She’s special, let her be,” she whispered. Unable to reply thanks to the lump that had suddenly taken up residence in my throat, I heard her say she had a granddaughter with Aspergers and, anyway, most people probably wanted to do what my sister was doing but were too uptight.

While I was fuming at the reactions of what was ultimately a tiny minority, the wise soul next to me made me accept that the “situation” was not in fact a “situation” but simply a bloody good night out for my sister.

So what to do?

One well-meaning friend who I talked to afterwards suggested a designated area in the auditorium for people with special needs “so they can enjoy the show and no one else will be disturbed”. Hey! Great idea! Why hasn’t someone else thought of segregation? Hang on – they did, what was it called now..oh yes – apartheid!

What we need is cultural equality, as promoted by organisations such as Arts and Disability Ireland which advocate the engagement of people with disabilities as audience members. There’s some good work around promoting disability access at outdoor events and several organisations lobby on such issues but there seems less around the actual inclusion of people with disabilities into mainstream audiences.

Anyone know of any schemes along these lines?

By the way, to the miserable mother and daughter combo, should I ever have the misfortune to clap eyes on either of you sorry people again, I’d (a) perform a citizens arrest for crimes against happiness and (b) present you with two complimentary tickets to a special musical that I reckon you’d love. Want me to arrange for you to meet the cast?