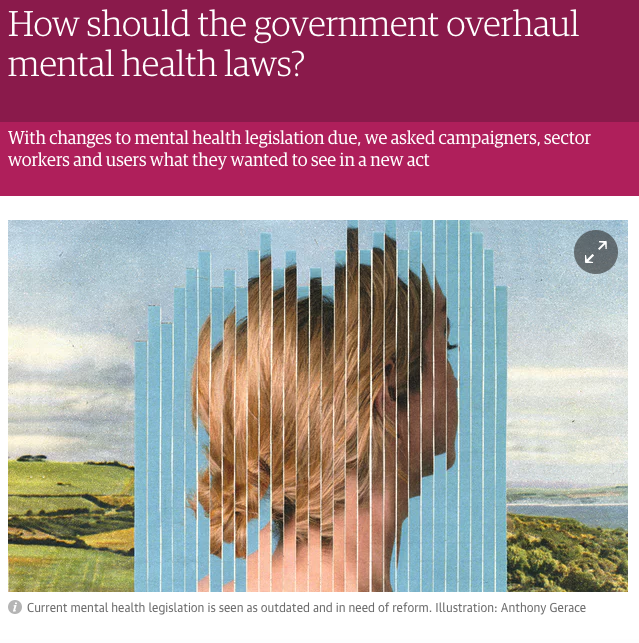 I’ve written a piece for the Guardian on what people who have experienced mental health issues, campaigners and mental health sector professionals want from new legislation.

The promise to overhaul the Mental Health Act 1983 is one of the few Conservative party manifesto pledges to survive the election. The decision to reform the act, which appeared in the Queen’s speech in June, means the government is committed to taking steps to overhaul the legislation in the next 12 months.

The 1983 act, which outlines how people can be involuntarily detained and treated in hospital for mental health issues, was amended in 2007. This included introducing the right to an independent advocate while in hospital; and the controversial community treatment orders that were criticised for failing to safeguard patients’ rights.

However, 30 years on, the legislation is regarded as outdated and in need of reform, and as one commentator says in today’s article: “The best way to prevent someone being detained is to prevent them from falling into a crisis in the first place.”