I featured a bold production about special needs at north London’s New End Theatre on this blog recently, and now the same venue is presenting another performance focusing on challenging issues (all pics by Francis Loney). 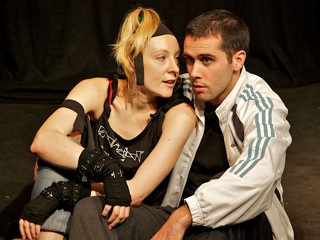 Where’s Your Mama Gone? is a play about fostering, the vulnerability of children in care and the impact of the care system on the lives of the young. The show ran in Leeds before moving to London. The siblings in the play are in care in West Yorkshire after losing their mother to a serial killer – playwright Brian Daniels was a trainee teacher in the city in 1970s Yorkshire when Peter Sutcliffe was at large and he has drawn on the experience in his writing. Daniels was inspired by Richard McCann’s novel, Just a Boy; McCann’s mother Wilma was Yorkshire Ripper Peter Sutcliffe’s first recorded murder victim in 1975. 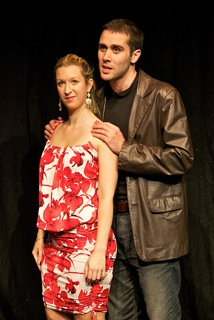 The theatre in Hampstead, London, has made over a hundred free tickets available to disadvantaged children in the area for the drama which also highlights issues around such as alcoholism, drug use and questions of identity and heritage. 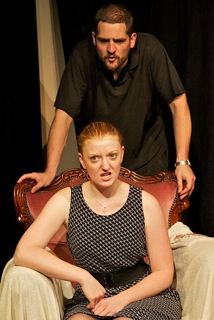 Daniels wanted to explore issues of care in Camden, home to the New End, Hampstead, whre only 59% of children in care passed a GCSE subject in 2009, compared with 78% nationally. Local foster children also had the highest rate of substance abuse in inner London, with almost one in five reported as having a problem with alcohol or drugs.

The playwright says: “The play was written to offer hope to young people living in care and to draw attention to the vast difficulties they face. Many of the youngsters that we have invited down will not have had the chance to experience live theatre and I urge other venues to set aside some tickets as well.”

The theatre is also launching a drive to attract wider audiences, including a pioneering “pay what you can” optional pricing system will operate for the entire run of the play. The suggested ticket price is £15, but theatregoers will be free to choose how much they pay at the box office in an effort to attract audiences that would otherwise not attend.

Where’s Your Mama Gone? runs until Sunday 28th August 2011. Tickets are available from the theatre.