When Christine’s father died, her mother, Margaret moved in with her. Forced into early retirement and the role of full-time carer, Christine struggled with finances and she has only recently secured four hours support a week. Older carers like Christine, whose story is featured below, contribute an estimated £15bn in unpaid care a year, yet their stories and support needs remain largely invisible.

The Invisible but Invaluable campaign from the charity Age UK demands that the government recognise and prioritise the needs of older carers, and ensure they receive the financial, practical and emotional help they need. Michelle Mitchell, Age UK charity director, says: “Many people become carers in later life almost without realising it. At a time when their own health may be deteriorating, they find they are having to prioritise the needs of someone else. Then they must navigate their way around the ‘system’ to get the support and help that they need.”

Age UK argues, amongst other issues, that simplifying the application for Carer’s Allowance and other benefits and encouraging carers to register as carers with their GPs to receive regular health checks could improve the lives of an often-overlooked swathe of the population.

Three of the images that sheds some much-needed light on the lives of older carers are below (all photos by are by photographer Sam Mellish). For more information check the Age UK website. You can see the Invisible but Invaluable photography exhibition at the crypt of St-Martin-in-the-Fields church in Trafalgar Square in London, until 21 November.

“My mother brought me into the world and comforted me. Now she needs me.” 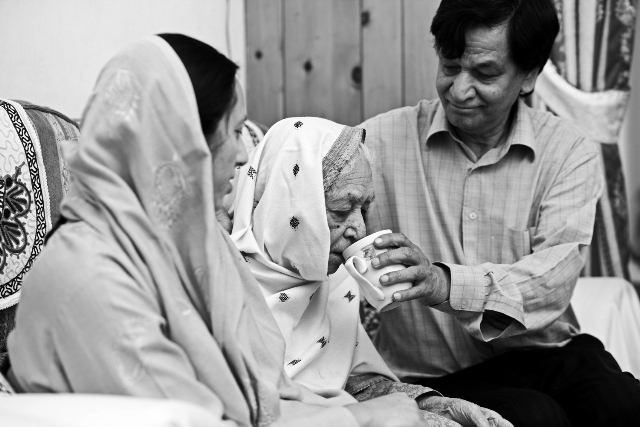 Mohammed Baig, 64, and Ruby, his wife, care for Mr Baig’s mother: “I came from Pakistan in 1961. When my mother wanted to retire, I asked her to come from Pakistan and stay with me and the Home Office agreed. I am her only son. In our culture, sons are responsible for the parent. My mother is partly blind and can hardly walk. She needs 24-hour care. She once switched on the gas cooker and left it on. She can’t be left alone at all. Sometimes at night she removes her incontinence pad and we have to change the bed clothes and her night clothes. In the last five years my mother has started to get dementia. Social services said they would put her into a nursing home, but I don’t want her to die somewhere else. She needs people who are close to her to talk to. My mother brought me into the world and comforted me. Now she needs me. That is how it is to my mind. Caring is a big pressure on your mind. My wife had an appointment at the hospital and I had to go with her. But we had to take mum as well and that made it difficult. We need someone, a carer, in an emergency like that.”

“Carers are entitled to a life of their own.” 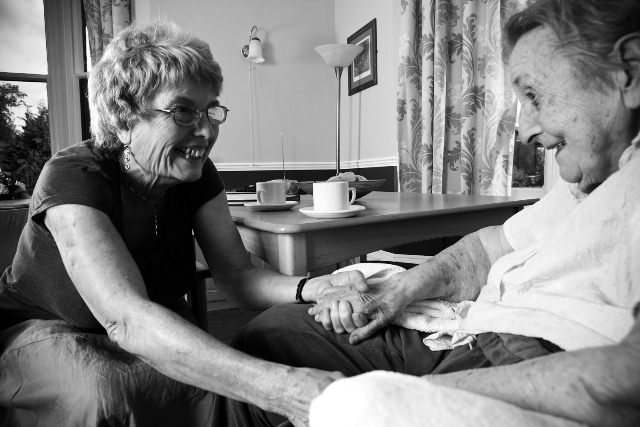 Christine cares for her mother, Margaret: “My dad had died. My mother had mobility problems and was getting more and more isolated and depressed. So I asked her if she wanted to come and live with me. She was 78. I thought, ‘It’s only for a few years.’ She’s 92 now! To start with, she just lived with me and I was still working. Then in 2001 she had to have her leg amputated. Suddenly she was in a wheelchair, which changed life dramatically. I tried to carry on working until 2004, when I just keeled over one day. It took a year to get my health back. After I stopped work our finances nosedived, so I used up all my savings. We went from having a good income to living on benefits. It certainly wounded my pride to go onto benefits. Going to the Jobcentre was totally humiliating. In the end that just played on my health. I didn’t have a life of my own. If I could have got a break, I would just have gone for a swim or something like that – be me, do what I want. When it got to crisis point they gave me four hours a week help, which is better than nothing. Carers are entitled to a life of their own.”

“It is sometimes very hard to relax as I keep a caring eye on things.” 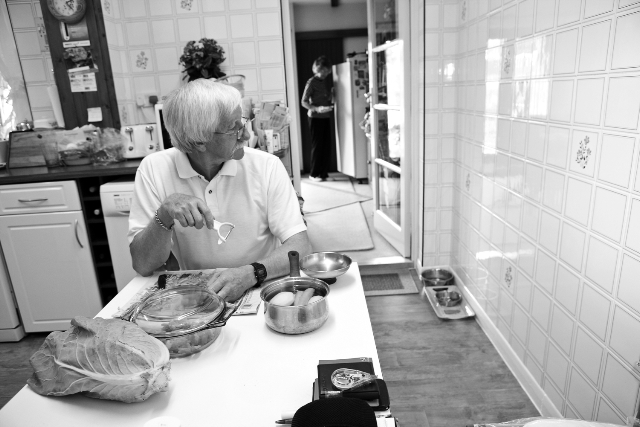 Brian, 70, looks after his wife, Madeleine: “A lot of the help that my wife needs is with confidence-building and keeping a positive attitude. She can become very anxious and agitated. I keep an eye on her medication for epilepsy and osteoporosis. She has poor balance, a sensitivity to perfumes and food intolerances. It is sometimes very hard to relax as I keep a caring eye on things. It is very difficult for people to understand her problems – something visible like a broken leg gets immediate sympathy. Nothing is visible to indicate my wife’s problems. I pay £31 a week for a lady to come in once a week for two hours to give me a break. I have an interest in music and play guitar and keyboard. I had a group years ago when rock ‘n’ roll first came on the scene, but I never gave up my day job! I have been trying to get some financial support from the local council. It has taken four months to arrange and has been very frustrating. I had a backlog of invoices. The council wanted me to open a separate account for payments, but my bank wouldn’t do it. I would prefer the invoices to go direct to the council, but they wouldn’t agree to that. I can now send invoices to a third party arranged by the council for payment.”

One thought on “Who cares for older carers?”