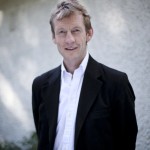 I am currently CEO of youth charity Fairbridge, I have 20 rewarding years experience working in the private sector behind me, but it might surprise you to learn that I was ‘neet’ (not in employment, education or training) once – just like the million young people being tagged with that acronym today.

My experience was actually a good one, I had four months off following my first job after university, and it was a very productive time in my life. I gained skills which I then found useful in the job I moved into. Being neet wasn’t a problem for me, it was a situation I knew would be temporary and that I had the wherewithal to get myself out of. But I did not come from three generations of unemployment; I had not been the victim of domestic violence; I hadn’t been in care or excluded from school and I was lucky enough to have two loving parents to support me.

It’s this chasm of difference between the opposite ends of the neet spectrum that worries me in the wake of the comprehensive spending review. While schools funding has been ring fenced, complementary provision like that provided by Fairbridge is vulnerable. Benefits for the jobless and homeless are going to be reduced so for those million young people not in education, employment or training, difficult times are about to get even tougher. But not to worry, the government is using a payment by results approach to get lots of them back into work – so that’s okay, isn’t it?

Well no, it’s not. Having a neat, neet acronym is helpful shorthand and has undoubtedly brought attention to the problems of youth disengagement but the label is now confusing the issue and I want us to stop using it. Being badged ‘neet’ isn’t nice but it’s not the stigmatisation I have a problem with. It’s the fact that by putting the same label on a million young people, we’re preventing help reaching those who need it most.

A recent government report by the Audit Commission segmented the million neets and identified 380,000 young people, who were classed as being ‘sustained neet’. They have the biggest problems, are the biggest cost to society and are in greatest need of investment. By grouping all these young people together, it is easier for those who are commissioning services NOT to focus on these sustained neet. The term now creates great confusion over where support should be targeted. It is a real concern that much of the recent investment in reducing the neet figures, has gone to the top end – those closest to the job market like I was all those years ago – rather than the sharp end where it is genuinely needed.

As the economy recovers, those closest to the job market will move on to a job or education and the commissioners can put a tick in the box marked ‘reduced neet figures’ and go home thinking job done, ignoring the fact that the sustained neets are still there, without any targeted support. The label hides the fact that we need to start putting resource where it is needed most and where it will have the most impact.

Fairbridge runs courses across its 15 centres which focus on the skills these sustained neets will need to get back into employment, often in conjunction with corporate supporters. In London our Employ Me course gives young people, most of whom have never been in a workplace, basic skills to start them on the road to employment. From workplace behaviour to discovering what types of jobs are out there, they need to start from scratch which is what we help them to do. Without this support they will remain unable to take the even the first steps towards employment.

If we could make real inroads into that 380,000 sustained neets then many of our communities would be happier, safer and we would see a corresponding reduced burden on the coffers of the Ministry of Justice, Home Office, Department of Education and – because mental health is such an issue with our youth – the Department of Health.

To do that we need to commit to properly targeted interventions and this requires sophisticated commissioning of solutions. Let’s drop the neet label and let’s stop using money inefficiently by lumping together large groups of the population who have vastly differing needs. Only when we start being honest about where the real problems lie, can we start solving them.

Fairbridge is holding a parliamentary event today to raise awareness of its work among new MPs.

3 thoughts on “Here’s a neat idea: get rid of the neet label”