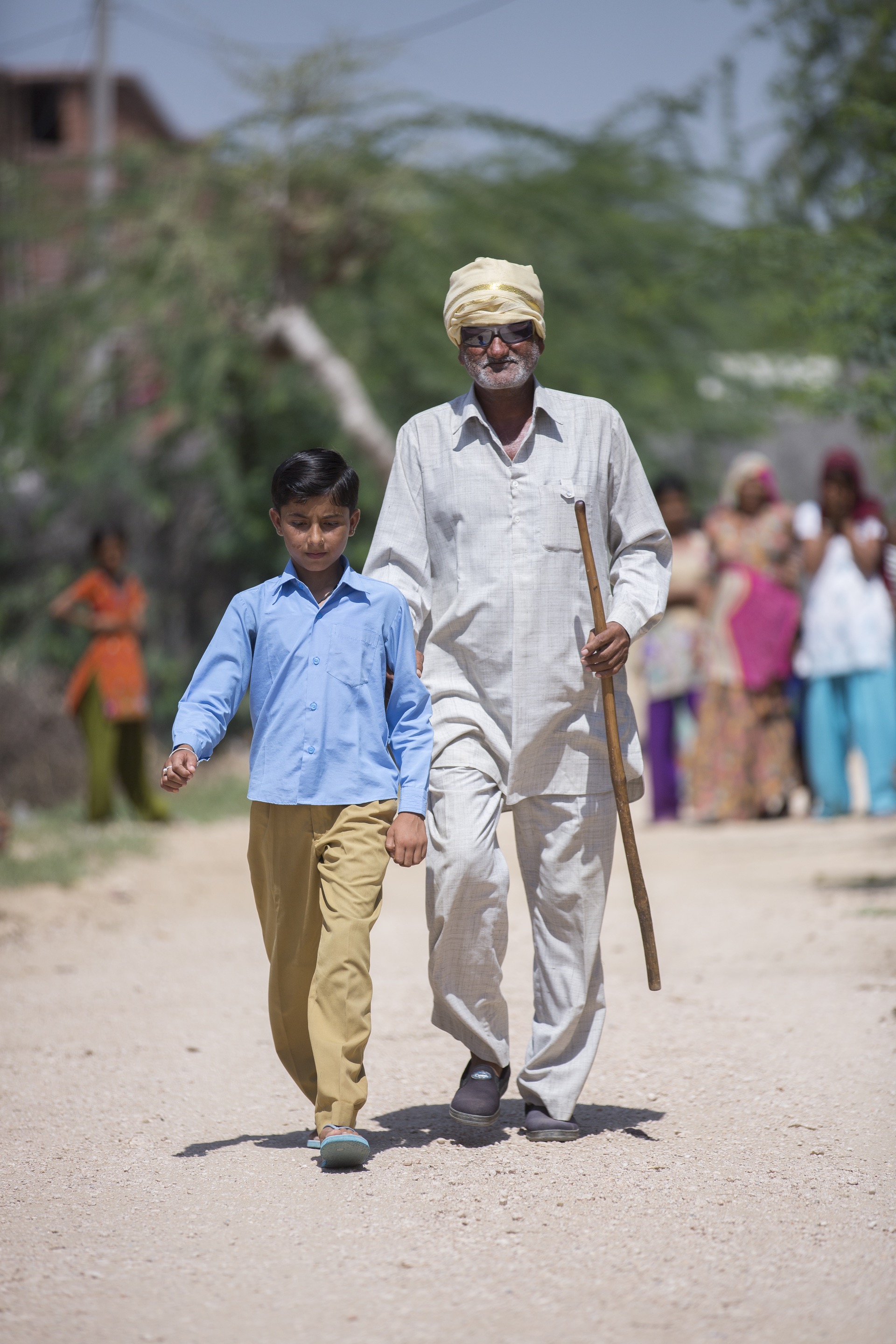 Shankari being led by his grandaughter.