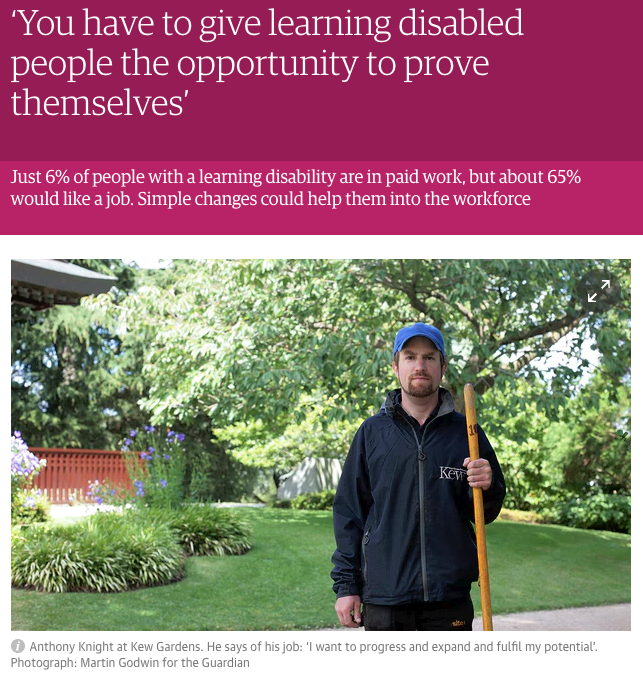 When I recently met Anthony Knight, an arboretum horticulturalist at Kew Gardens, his enthusiasm for work was infectious. Anthony’s knowledge about plants and trees is impressive – as is the determination with which he’s pursued his passion for gardening.

It took him nine attempts over five years before finally landing the job in November, despite having done work experience and an apprenticeship at the world-renowned botanical gardens in south-west London.

While in theory Knight, 38, was a strong contender for the job – having previously worked at Kew, at a local nursery and in garden maintenance – he has a moderate learning disability that affects how he communicates, so job interviews were a barrier. “I was not able to portray myself in the best possible light,” he says.

Knight was only successful once Kew adjusted the application process, giving him more information about the general subjects to be covered so he could better prepare for the interview. He also had support from learning disability charity Mencap.

There’s also a growing call for more people with learning disabilities to have a paid role at and a stronger influence on the kind of organisations that support them.